Medical Errors: One of the Leading Causes of Death

Despite decades of improvement efforts, medical errors remain a major public health problem. In 1999, the Institute of Medicine published a report claiming that up to 98,000 people a year die from mistakes made in hospitals, which nowadays is a commonly cited statistic in the medical community. However, recent studies in the Journal of Patient Safety claim the statistic to be radically higher— it’s estimated that 200,000 to 400,000 deaths per year are the result of preventable harm in hospitals. That would make medical errors one of the leading causes of death in America, just behind heart disease and cancer. Patient Safety America advocates for a national patient bill of rights for those admitted into the hospital, noting “All evidence points to the need for much more patient involvement in identifying harmful events and participating in rigorous follow-up investigations to identify root causes.” Over 60 percent of medical errors are caused by poor communication among hospital staff, often during patient handoffs. In a case study of a Boston hospital several improvements were made to the existing procedures for patient handoffs, including handoff training for clinicians, minimizing interruptions and distractions during handoffs, and the institution of an electronic handoff tool which standardized the patient’s information. The implementation of these handoff procedures led to medical errors decreasing by almost half. When a hospital staff does not communicate effectively with one another, it is the patient that suffers. The preventable mistakes caused by poor communication can result in serious, life changing injuries which may require prolonged treatment, or even death.
[spacer height=”5px”] If you or someone you know has been a victim of medical malpractice, contact Hickman Law Office, as you may be eligible to recover compensation for the medical cost, wage loss, pain and suffering, or other damages. 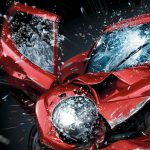