Approximately 1 in 6 Virginia drivers have a suspended license due to failure to pay court costs and fines. The current policies in place are largely stacked against low-income traffic violators. While wealthier drivers are able to pay their fines and continue driving, Virginia courts don’t determine how much poorer motorists can realistically afford to pay monthly. When they are unable to meet the requirements of the payment plan their licenses become suspended, resulting in thousands of Virginians being unable to legally drive to their jobs due to our means based system. Last year the Judicial Council made recommendations for reform which included assessing the debtors’ ability to pay before implementing the payment plan, not requiring down payments, and allowing community service as an alternative. However, many courts have not made the reforms, and until statewide implementation is enforced low income drivers will continue to suffer. They are being forced to choose between losing their jobs and breaking the law. Should the necessity of adhering to the law be determined by how much one can pay? 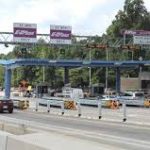 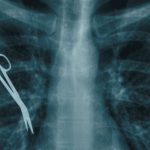 Medical Errors: One of the Leading Causes of Deathblog