A former PG County cop is accused of trying to arrange for hit men to kill witness against her while already behind bars. Isn’t funny that the same rouge cop who got caught on tape saying that people caught for doing stupid things, is the same person that gets caught not once for insurance fraud, not twice for planning to burn down the building, but for the third time for hiring a hit man to kill witnesses against her. As a former cop, she should know to SAY NOTHING. Remember that even (and especially) while behind bars, what you say matters. 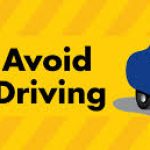 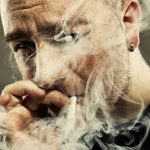