Criminal cases are heard by an impartial jury that are supposed to keep an open mind on the innocence or guilt of the person accused until all evidence has been presented in court. In the court of law, a defendant is presumed innocent until proven guilty beyond a reasonable doubt. This is the way our legal system works to give citizens a fair trial. Unfortunately, unsavory influences can sometimes get in the way and tilt the scales of “justice”.

In current news regarding an ongoing public trial, a person has been charged with a serious crime. During the jury selection process, a civil settlement regarding the same defendant was announced. As a result, two jurors were dismissed because of the public news of the settlement, altering their ability to be fair and impartial.

We have all seen the tremendous effect that press and media coverage has on public opinion.  Publicity in advance of a trial can sway the opinions of jurors and mislead the public, damaging the opportunity for a fair and impartial trial. This poses the question of whether the timing of the settlement announcement was intentional to disrupt the jury process?

It is important to note that criminal and civil cases are handled and judged very differently. Civil cases have a lower burden of proof than criminal cases. In this particular civil settlement, there was no trial, and therefore, no evidence was presented in a court. Normally a criminal case is tried before there is a settlement in a civil case to present live witnesses and all other evidence in a court of law. Wouldn’t you want to know all the evidence before coming to a conclusion on guilt or innocence? 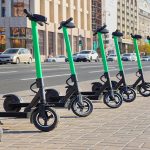 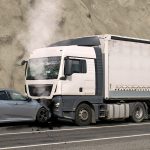