Marijuana is “legal” in Norfolk, Virginia

The head prosecutor in Norfolk is at war with the judges in his district. Greg Allen is the Commonwealth Attorney for the City of Norfolk and has a strict policy of dismissing misdemeanor marijuana cases, Virginia Lawyers Weekly reports. The judges in Norfolk have refused to dismiss the charges because possession of marijuana is illegal in Virginia.

So, the argument goes something like this.  Hey judge, I am the prosecutor and I am dismissing marijuana charges.  The judges respond, hey prosecutor, you do not make the laws, the legislature does.  Possession of marijuana is a crime so you cannot refuse to prosecute these cases because you think the law is wrong.  The prosecutor responds by saying, hey judge, you are acting like a prosecutor and are deciding which cases I should prosecute.  And the judge responds by saying, hey prosecutor, you are acting like the legislature, deciding what the law should be. 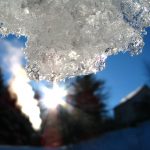 How To Defrost A Windshield In Secondsblog 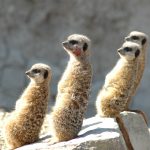 TIME TO RELAX: THIS WILL MAKE YOU LAUGHblog