Do the Lower-Income Have it Better?

A lawsuit was filed against the commissioner of the Virginia Department of Motor Vehicles stating in part that the poor cannot afford to pay court costs that led to their license being suspended. An argument in support of the lawsuit suggests that alternative methods be implemented to allow low-income people to satisfy the fines and costs. But is this really the solution to the problem?

Wouldn’t a more viable solution to the high court costs be to just reduce the costs for everyone? It seems that the rules need to be applied fairly to all. We believe that everyone who commits the same crime should be penalized equally. We all have bills to pay!

What are your thoughts on this matter?

The full article was published by reporter Dean Seal for The Daily Progress. 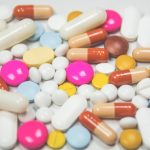